The Great Lakes Commission (GLC) and the National Oceanic and Atmospheric Administration (NOAA) are leading efforts to restore several critical Great Lakes Areas of Concern (AOCs) — the worst “toxic hotspots” in the region. In 1987, due to industrial and municipal discharges as well as combined sewer overflows, a portion of the St. Marys River was designated an Area of Concern. In 2013, GLC received Great Lakes Restoration Initiative funding through its Regional Partnership with NOAA to lead the construction of a multi span bridge to replace a deteriorating causeway crossing the river. Planning for this project was initiated over two decades ago with input from local stakeholders continually guiding restoration efforts. The Chippewa County Road Commission managed the construction of the bridge which was completed ahead of schedule and under budget in November of 2016.  Ecological monitoring, conducted by Lake Superior State University’s Aquatic Research Laboratory, provided information on pre and post construction monitoring of aquatic species.

The St. Marys River is a globally unique binational connecting channel between Lake Superior and Lake Huron, two of the largest freshwater systems in the world.  The region has a strong tourism‐based economy that is centered on sport fishing and other recreational activities. However, dredging, filling, diversion, and urban development along the river has led to significant pollution and habitat alteration, culminating in a portion being named a Great Lakes Area of Concern (AOC) in 1987.

The NOAA-GLC partnership re-established a portion of the historic rapids and healthy water flow to approximately 70 acres of aquatic habitat and improved spawning habitat for fish and other aquatic species.  Construction of a new bridge allowed free flow of the St. Marys River and will result in increased fish and wildlife habitat while improving local infrastructure and pedestrian access.  The Little Rapids were historically some of the most productive spawning grounds in the Great Lakes for sportfish and completion of this project improved the ecological, community and economic value of the St. Marys River.

The GLC partnered with NOAA, the Chippewa County Road Commission, the Lake Superior State University, Eastern Upper Peninsula Regional Development Commission, the Michigan Department of Environmental Quality, the U.S. Environmental Protection Agency, the St. Marys River Binational Public Advisory Council, and the Chippewa Ottawa Resource Authority to complete this work in 2017. This project is expected to be the last project necessary before formal removal of the St. Marys river from the U.S. list of AOCs.

The following fact sheets and documents provide additional information about the St. Marys River project and specific elements of the project. 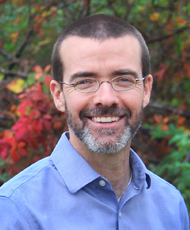